Those who know me best would say I have a natural affinity for public speaking, and over the years, I’ve had the opportunity to hone my skills through a variety of trials and lectures.

After graduating from law school, I went on to earn a doctorate in criminology, giving me great insight into the role of cell phone technology, DNA testing, and other medical sciences in criminal cases. 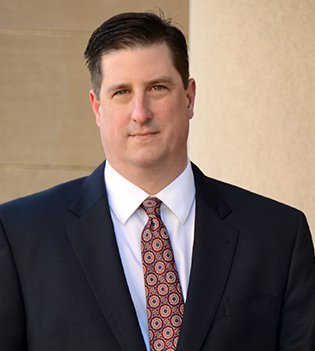 Attorney At Law & Doctor of Philosophy in Criminology

I first began doing legal research in my father’s law office as a teenager. Though I took some time away to study and teach criminology, my innate desire to help others on a more personal level eventually led me back to the practice of law.

Get To Know Me 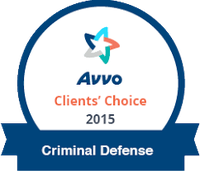 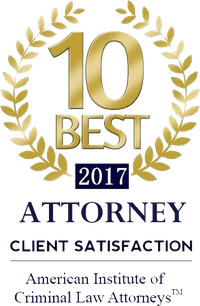 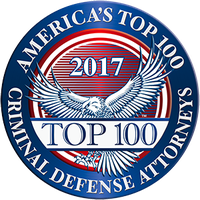 Regardless of the challenge you’re up against, I’ll be the strength that guides you through.

My Promise To You

Lawyers who rely solely on their "courtroom panache" will often fall short. I work in close collaboration with Athens private investigator Stan Molnar to make sure every shred of evidence is available to defend my clients.

I have over 20 years' experience in criminal defense, a Ph.D., and extensive knowledge of forensics. Furthermore, I am a graduate of the National Criminal Defense College (NCDC), where I received advanced criminal defense and trial training.

While I realize that all attorneys claim they are committed, I strongly believe that I empathize with all of my clients. By limiting my practice in the number and types of cases I handle, I am able to more effectively address the needs of each individual.

Before our first case, I asked five different local lawyers, "Who is the best defense attorney in Fairfield County?" Without hesitation, all five said, Andrew Stevenson.
-L.S.
[Andrew] believed in our son and knew that he would not do what he was accused of doing. Thanks to Andrew, our son is looking forward to the future.
-Confidential Client
Through the entire process, we were able to contact [Andrew] through both email and phone calls. From past experiences with other lawyers, getting a return phone call or email was a rare thing so this was always a highlight for us with Andrew.
-Stacey
Andrew is simply one of the most remarkable attorneys I know, and I know a large number of them. He is compassionate and sympathetic, aggressive when necessary, and relentless in his dedication to achieving the best possible outcome for his clients.
-A.B.
Andrew is regarded by many to be one of the top attorneys in the state. And yet, he always takes the time to actually listen to his clients' concerns and calm their fears as he guides them step-by-step through the legal process.
-Angie
Previous Next

“what I don’t already know, I will learn.”

Applying the Scientific Method to the Law

My criminology background introduced me to a proven way to evaluate hypotheses and make new discoveries, and I have found that the same process can be used to prepare for my criminal cases today. It is my belief, after all, that the best attorneys never cease to expand their base of knowledge.

How My Approach Benefits You

Due to my scientific training and my personal philosophy, I am willing and able to handle the most complex of cases. Rather than relying on the same static knowledge I learned from my legal textbooks years ago, I continually seek to learn and grow in ways that benefit each and every one of my clients.

give me a brief rundown of your case &

i’ll tell you how we can win

Stories of Success in Lancaster, Athens, & Beyond

College student was accused of rape after engaging in consensual sex. I conducted a thorough investigation and then developed and deployed a defense strategy.

No criminal charges or punishments from the university.

Client was charged with felony possession of cocaine after being pulled over for speeding. After review of the facts, the vehicle search was found to be illegal and the client was offered diversion.

Client was attacked by an unarmed assailant. A physical fight ensued and the attacker died as a result. At trial I was able to successfully reconstruct the events as self-defense, as well as present the history of attacker.

Title IX Disciplinary hearings are on the rise

here’s what you should know about the process

The Title IX amendment was first created to eliminate sex-based discrimination on college campuses. Today, however, Title IX is most often referenced in relation to university sexual assault investigations. If you've been notified that you are involved in such an investigation, there are a few things you should know.

How Title IX Came About

For years, sexual assault survivors and advocacy groups rallied for allegations of rape and assault to be taken more seriously by school administrations. While they voiced valid concerns, Title IX revisions made in 2011 began pressuring colleges into pressing charges without sufficient evidence. In essence, they allowed someone to be convicted by a preponderance of the evidence, or, in other words, if they merely appeared “more likely to be guilty than not.”

Though the preponderance of evidence standard was recently overturned in 2017 in favor of more thorough investigations, some universities continue to operate under the old Title IX guidelines out of habit or misguided perspectives, as many believe that accusers are rarely dishonest.

Why You Need an Attorney on Your Side

In order to ensure that you benefit from the same rights and advantages as the accuser in your hearing, it is best to seek experienced and knowledgeable legal counsel. Contact my office to schedule your free case evaluation today, or visit my Title IX Hearings page to learn more.

The Police Did Not Read Me My Miranda Rights; Is That Legal?

I have found that many people do not understand the rules related to Miranda Warnings. In order to help people better understand their rights, in this blog I review the basics about Miranda Rights.

Can Police Conduct A Search Without A Warrant?

Schedule a free consultation to explore your options for resolution.