A Criminal Charge Should Not Define You
Preserve Your Reputation 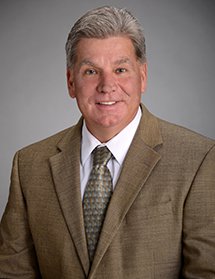 Getting the facts right is one of the most important aspects of criminal defense. In many cases, knowledge of the facts is the difference between going free and facing serious criminal penalties. When hiring a lawyer to defend you against criminal charges, make sure you work with someone you know will get the right evidence to fight the charges you are facing.

I am Andrew H. Stevenson, criminal defense attorney representing clients in Lancaster and Athens, Ohio. I take fact-gathering and evidentiary issues seriously in the cases I handle. Whenever needed, I work with distinguished Athens private investigator Stan Molnar.

Stan is an experienced PI and has been a mainstay in the Athens community. When representing college students at Ohio University or other clients near Athens, I often use Stan's services to make sure we get the facts straight, and we have a remarkable track record of successful cases.

In far too many criminal defense matters, defense lawyers blindly trust police reports, forensic evidence and cursory fact-finding efforts. Not at my law firm. The criminal charges you are facing are too important for that. I work with Stan and perform diligent research in all my clients' cases. I have a strong reputation for being over-prepared. I believe your criminal defense matter is worth it.

Stanley A. Molnar retired from the New Jersey State Police as a Detective Sergeant First Class, with 25 years of experience. He now works as a licensed and insured private investigator in Ohio.

Stan started out at the NJSP assigned to various road stations where he was frequently involved in criminal and motor vehicle investigations. These responsibilities led to his permanent assignment as a detective with the Special Investigations Unit to conduct comprehensive background inspections of government officials and appointees.

In 1993, Stan moved to Assistant and Acting Unit Head of the Bureau of Criminal Investigations, Missing Persons Unit, where he supervised and conducted criminal investigations pertaining to missing persons, unidentified bodies, stranger and parental abductions, kidnappings, child smuggling, and runaways.

As a private investigator in Ohio, Stan has worked on criminal cases of murder, kidnapping, sexual assault, felonious assault and other crimes to assist clients and their counsel.

In addition to the dozens of colonel's letters, letters of commendation, letters of appreciation and minor awards, Stan has been honored with the following:

Schedule a free consultation to explore your options for resolution.